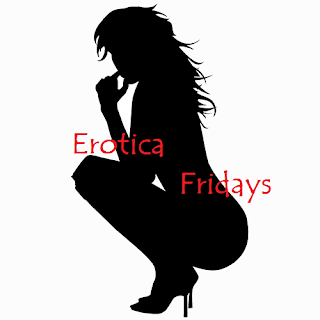 I walked up to him from behind and wrapped my arms around him. Clad only in panties, I began to rub my body against his.
“What are you doing?” he asked turning around and grabbing my arms. He seemed to be offended by my actions.
“I’m trying to get you to fuck me.”
He raised an eyebrow.
“Really?” He searched my eyes for a second. “No, you’re intoxicated.”
I pulled my arms from his grasp.
“You won’t be taking advantage of me. I know exactly what I want and right now I want you,” I assured him.
For good measure I took off my panties and tossed them across the room. He watched them until they landed and then he brought his eyes back to me.
“Let’s just table this for another time”
Fuck!
I pressed my body against his and let my hand caress the bulge in his pants. I could tell he was enjoying it before he moved my hand away. I wasn’t going to give up. I wanted him and I planned to get him. I moved to the bed and climbed on. I leaned on one elbow. I let my legs fall open exposing myself to him and just gazed at him as he watched me. It felt so good to be so naughty.
I let my hand slide down my body letting my fingers slowly feel the soft delicate skin between my legs. My eyes never left his face as my fingers drew circles on my clit. His eyes widened and then narrowed. I could tell he was trying hard to swallow the temptation. I could see it in his eyes. I gave my fingers free pass to slowly slide inside of me. The sensation felt so good. I let out a moan as the pleasure spread throughout my entire body.
He began to approach me like a cat stalking its prey waiting on the appropriate time to pounce. Slowly he removed his suit jacket letting it fall to the ground. That was followed by his shirt then his pants. I licked my lips as he finally removed his underwear revealing to me what I already knew. He wanted me just as much as I wanted him. Swiftly he was on me. His lips made contact with mine. Our tongues tasting each other’s savoring every flavor.
He pulled back and dropped his head between my legs. The sensation of his tongue on my clit almost made me come on contact. It felt like volts of electricity flowed through my body. He stayed there for several minutes lapping up my juices. Then I came. My entire body shook like an earthquake in process.
I felt like I was hyperventilating only able to breathe in short gasps. Before I could catch my breath he was inside of me feeling me completely. We moved to the rhythm he set. He leaned back placing his hand on my chest for leverage. His strokes were slow and deliberate. His dark brown eyes never left mine. Then he dropped down once again kissing me.
He kissed me passionately. Then his lips left my mouth and found my sweet spot on my neck. He licked and sucked there like he just knew what turned me on. He continued to pound my pussy. His breathing was labored and the warmth of his breath made me shiver. He sat up lifting one leg onto his shoulder making his strokes deeper. He placed kisses on my feet and my ankles as he continued. He made me feel so good. My drunken stupor was wearing off and I was glad. Somewhat clear headed I was able to enjoy how well he filled me.
I came again. I came hard.
I started a chain reaction. He came moaning loudly. He collapsed on my chest. We lay that way without words for a few minutes.  Finally I broke the silence.
“You can get the fuck out now.”
He laughed kissing me softly on the lips.
“With pleasure, you foul mouthed hoodlum.”


I couldn’t help but smile.

Popular posts from this blog

“WHAT?” I yelled over the loud music. “CAN I BUY YOU A DRINK?” he screamed back. I shook my head. I had enough to drink for the evening. Plus I could tell this guy wanted more than just to buy me a drink. He was tall, with dark skin and bald with muscles to spare. His smile would probably send shivers down any woman’s spine. He had been eyeing me from across the club for awhile. My friend Melinda encouraged me to go over and check him out. I declined. She left me to for the dance floor while I stayed behind drinking myself into oblivion. That’s when apparently chocolate muscles guy decided to approach me. “Do you want to dance?” he asked moving closer so I could hear him better. I just shook my head again. He moved uncomfortably closer. “C’mon, just one dance.” “No, thank you,” I replied turning back around in my seat taking a sip of my drink. “Fine then, BITCH! I was doing you a favor,” he said storming off onto the crowded dance floor. I laughed. That rude so
More Craziness!

No one can be trusted. No one is safe. Inferno lounge is the underbelly of the city. A world where escorts meet clients, owners make money, and everyone tries not to get burned. But beware. There’s a killer on the loose. One with a hunger for death. Every woman at Inferno is on the menu. Including, Kimberly Lawson. A dedicated college student by day. A steamy Inferno escort by night. Kim values money above all else. Even over her desire to love and be loved. Love is the farthest thing from Malcolm Johnson’s mind. He’s all about fulfilling fantasies and getting something he can’t get at home. Kim fits the bill. If only he can get his brother to back off. Kenneth Johnson isn’t a man to give up on love. What he and Kim have is special…even if she doesn’t know it yet. When women at the lounge begin to die, Kim questions her choice of profession and the men in her life. Who can she trust? A killer is out there and no one knows who will be next. From the author of the Proh
More Craziness!

Prologue “Beautiful!” He whispered. I shuddered as he slid his tongue skillfully and sensuously down my earlobe. His hot and wet tongue continued making a path down my neck. My thoughts fragmented as he planted gentle kisses driving me insane. Electricity shot through my body as his warm and soft lips caressed me. I ran my fingers through his dark silky hair and he moaned with pleasure. I felt him push himself off the bed. I noticed he was still in his suit. “You are so fucking beautiful.” He said furiously fighting with his clothes dropping his suit jacket to the floor. His emerald green eyes never left mine as he wrestled with each article of clothing. “Your clothes, my sweet, off. Now!” He demanded, throwing his cream-colored shirt onto the floor. I blindly removed the rest of my clothing and tossed them on the floor beside the bed. He unfastened his belt and whipped it from the loops. I stared at his smooth olive- colored skin reddened by his desire. My goodness
More Craziness!

Donnee Patrese
I’m a novelist, poet, short story writer and speaker. I was raised in Gary, IN where my love for writing blossomed. I was born a story teller and once I get into a story there is no stopping me. Lover of books and a slave to the wonders of my mind, I encapsulate myself in Erotic Romance, Romantic suspense and Mystery. I have published seven books including the amazing Prohibited Series. I’m a blogger…not a jogger (I hate to run). I write two blogs, one on Patreon and one about my life, my journey to be a Buddhist and my love for writing. I have a BA in Journalism from Butler University in Indianapolis, IN and I’m a lifelong member of Delta Delta Delta Sorority. I share my baby, First Draft Publishing, with my husband. Out of Indiana and into the sun, I moved to Bakersfield, CA in 2012 where we raise our beautiful daughters and our cat.

Purchase each book on Amazon Today

Member of Writers of Kern a Branch of California Writers Club

Get your copy of My Latest Book on Amazon today!

I’m a novelist, poet, short story writer and speaker. I was raised in Gary, IN where my love for writing blossomed. I was born a story teller and once I get into a story there is no stopping me. Lover of books and a slave to the wonders of my mind, I encapsulate myself in Erotic Romance, Romantic suspense and Mystery. I have published seven books including the amazing Prohibited Series. I’m a blogger…not a jogger (I hate to run). I write two blogs, one on Patreon and one about my life, my journey to be a Buddhist and my love for writing. I have a BA in Journalism from Butler University in Indianapolis, IN and I’m a lifelong member of Delta Delta Delta Sorority. I share my baby, First Draft Publishing, with my husband. Out of Indiana and into the sun, I moved to Bakersfield, CA in 2012 where we raise our beautiful daughters and our cat.