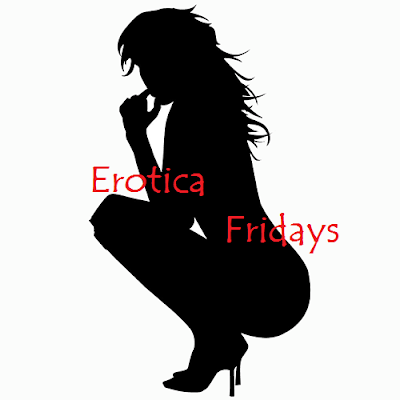 We entered a hallway. There were three doors. Two on one side and one on the other. He bypassed the two restrooms on the left and led me through the one door on the right. The sign on the door said “Employees Only”. Rocco entered the room without hesitation.
It resembled a smokers lounge with  brown leather couches and a large cherry wood bar.
“This place is nice.” I said. “I don’t think I’ve ever seen a place like this in a gym before.”
I looked over as he was closing the door and locking it.
“What are you doing?”
He approached me and wrapped his arms around my waist.
“I want some time alone with you. We haven’t been alone in a couple weeks.”
“Probably because you’ve been avoiding me,” I mumbled.
“Whose fault is that?”
“I…”
“Shhh…,” he said.
He leaned down and kissed me. He smelled like dirty gym socks but I didn’t care. His kiss was intoxicating and I didn’t realize how much I missed it. My hands came to his face as he pulled my body tightly against his. Our kissed lastly for what felt like an eternity. When he pulled back it took me a second to settle back into myself.
“So you think you’re going to bring me in here and think it’s just that easy?”
He raised an eyebrow.
“You are very very sorry, right?” he asked.
I smiled and nodded. He moved back and began to undress me. He removed the tight spandex pants. Then my shirt and my sports bra. When I was good and sufficiently naked, he lifted me over his shoulder.
I laughed.
“What are you doing?”
He carried me over to the brown leather couch and plopped me down. The leather felt cool and sticky on my naked body.
“Smooth move,” I said laughing adjusting myself. “Just throw me down on the couch.”
He smiled and shook his head.
“Do you ever shut up?” he asked dropping down in front of me.
I didn’t answer. His hands were sliding up and down my bare legs. I licked my lips and watched as his eyes trailed over my body.
“What are you waiting for?” I asked.
His eyes narrowed and then he spread my legs. Rocco sat up slightly and placed two fingers inside of me. He knew how to find my G-Spot. He worked it hard. I was going to come soon. He was no fool. He knew I was close to coming. He pulled his fingers out. It was like torture to be so close and just have him stop so suddenly.
He placed his body between my legs. His hands found my breasts and surprisingly they were warm. He squeezed a nipple and I moaned. Then his mouth followed his hands. The sensations were electrifying. He finally used his mouth to engulf as much of my large breast as he could. A moan escaped my lips.
He moved down and dropped his head until it disappeared between my legs. I tossed my head back against the leather as his tongue made contact with the soft outer lips of my pussy. He moaned as he tasted me.  I bit my bottom lip and ran my fingers through his hair.
Suddenly I heard a loud knock on the door.  I jumped.
“Are we supposed to be here?” I asked out of breath.
He sat on his heels wiping his mouth with the back of his hand.
“Don’t worry about that. They’ll go away.”
He stood and began to remove his clothes. I watched him. He was a beautiful man. Tall, lean, smooth olive skin, amazing jet black hair and the sexiest brown eyes.
He approached me again. His body slid perfectly between my legs. He came up to kiss me again. He tasted so sweet I felt like I needed his touch. It gave me something I was missing. Just not sure what that was.
He pushed me down until I was laying flat on the couch and he was on top. He reached down onto the ground and grabbed his shorts. His wallet was inside and he pulled out a condom.
“You are at the gym working out preparing to fuck?” I asked chuckling.
“I have to be prepared when a gorgeous women enters my gym claiming she is there to work out when I know what she really wants,” he replied.
I gasped when he entered me. His large member hit my g-spot in the perfect way.
“Oh…shit!” I exclaimed.
“Why so vulgar?” he asked.
“Don’t you ever shut up?” I countered.
He responded by pounding me harder. I came digging my fingernails into his back. When my orgasm subsided, he pulled out and instructed me to turn over and stick my ass in the air. I did as he asked. He slid inside me with ease. I was so wet he had no problem sliding into me. I could hear his thighs slapping against mine and it almost made me come again. His strokes were masterful. They were slow when they needed to be and fast when he wanted more. Finally he came hard collapsing on me. I felt the warmth of his body on my back.  We lay that way, my breast pressed against the leather and him on top of me.
“Does this come with the membership?” I asked.
He laughed as he laid kisses on me.

Popular posts from this blog

“WHAT?” I yelled over the loud music. “CAN I BUY YOU A DRINK?” he screamed back. I shook my head. I had enough to drink for the evening. Plus I could tell this guy wanted more than just to buy me a drink. He was tall, with dark skin and bald with muscles to spare. His smile would probably send shivers down any woman’s spine. He had been eyeing me from across the club for awhile. My friend Melinda encouraged me to go over and check him out. I declined. She left me to for the dance floor while I stayed behind drinking myself into oblivion. That’s when apparently chocolate muscles guy decided to approach me. “Do you want to dance?” he asked moving closer so I could hear him better. I just shook my head again. He moved uncomfortably closer. “C’mon, just one dance.” “No, thank you,” I replied turning back around in my seat taking a sip of my drink. “Fine then, BITCH! I was doing you a favor,” he said storming off onto the crowded dance floor. I laughed. That rude so
More Craziness!

No one can be trusted. No one is safe. Inferno lounge is the underbelly of the city. A world where escorts meet clients, owners make money, and everyone tries not to get burned. But beware. There’s a killer on the loose. One with a hunger for death. Every woman at Inferno is on the menu. Including, Kimberly Lawson. A dedicated college student by day. A steamy Inferno escort by night. Kim values money above all else. Even over her desire to love and be loved. Love is the farthest thing from Malcolm Johnson’s mind. He’s all about fulfilling fantasies and getting something he can’t get at home. Kim fits the bill. If only he can get his brother to back off. Kenneth Johnson isn’t a man to give up on love. What he and Kim have is special…even if she doesn’t know it yet. When women at the lounge begin to die, Kim questions her choice of profession and the men in her life. Who can she trust? A killer is out there and no one knows who will be next. From the author of the Proh
More Craziness!

Prologue “Beautiful!” He whispered. I shuddered as he slid his tongue skillfully and sensuously down my earlobe. His hot and wet tongue continued making a path down my neck. My thoughts fragmented as he planted gentle kisses driving me insane. Electricity shot through my body as his warm and soft lips caressed me. I ran my fingers through his dark silky hair and he moaned with pleasure. I felt him push himself off the bed. I noticed he was still in his suit. “You are so fucking beautiful.” He said furiously fighting with his clothes dropping his suit jacket to the floor. His emerald green eyes never left mine as he wrestled with each article of clothing. “Your clothes, my sweet, off. Now!” He demanded, throwing his cream-colored shirt onto the floor. I blindly removed the rest of my clothing and tossed them on the floor beside the bed. He unfastened his belt and whipped it from the loops. I stared at his smooth olive- colored skin reddened by his desire. My goodness
More Craziness!

Donnee Patrese
I’m a novelist, poet, short story writer and speaker. I was raised in Gary, IN where my love for writing blossomed. I was born a story teller and once I get into a story there is no stopping me. Lover of books and a slave to the wonders of my mind, I encapsulate myself in Erotic Romance, Romantic suspense and Mystery. I have published seven books including the amazing Prohibited Series. I’m a blogger…not a jogger (I hate to run). I write two blogs, one on Patreon and one about my life, my journey to be a Buddhist and my love for writing. I have a BA in Journalism from Butler University in Indianapolis, IN and I’m a lifelong member of Delta Delta Delta Sorority. I share my baby, First Draft Publishing, with my husband. Out of Indiana and into the sun, I moved to Bakersfield, CA in 2012 where we raise our beautiful daughters and our cat.

Purchase each book on Amazon Today

Member of Writers of Kern a Branch of California Writers Club

Get your copy of My Latest Book on Amazon today!

I’m a novelist, poet, short story writer and speaker. I was raised in Gary, IN where my love for writing blossomed. I was born a story teller and once I get into a story there is no stopping me. Lover of books and a slave to the wonders of my mind, I encapsulate myself in Erotic Romance, Romantic suspense and Mystery. I have published seven books including the amazing Prohibited Series. I’m a blogger…not a jogger (I hate to run). I write two blogs, one on Patreon and one about my life, my journey to be a Buddhist and my love for writing. I have a BA in Journalism from Butler University in Indianapolis, IN and I’m a lifelong member of Delta Delta Delta Sorority. I share my baby, First Draft Publishing, with my husband. Out of Indiana and into the sun, I moved to Bakersfield, CA in 2012 where we raise our beautiful daughters and our cat.